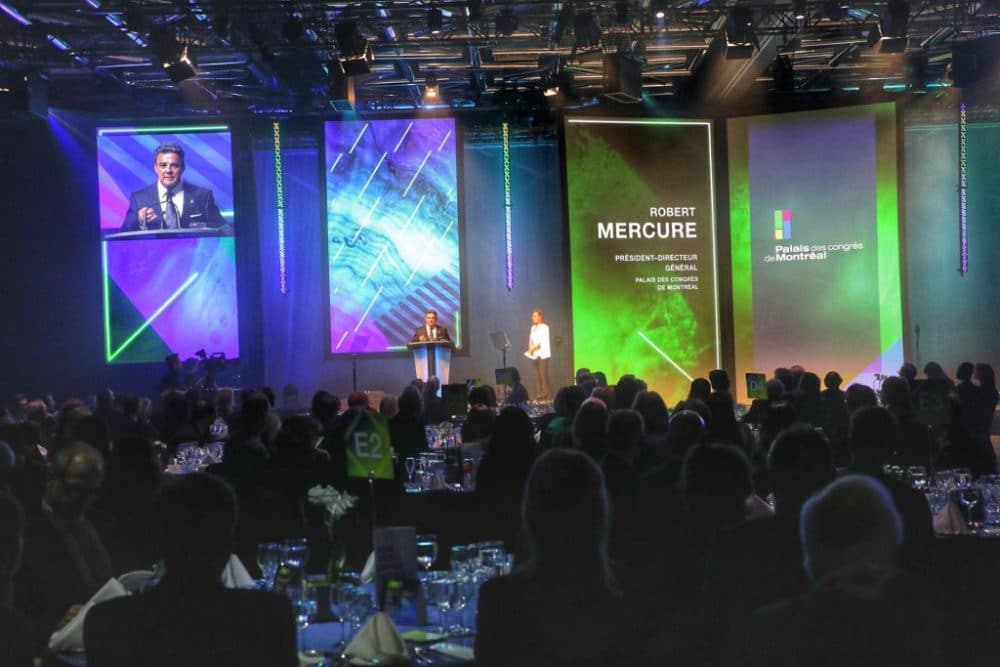 At the Recognition Awards Gala for its Ambassadors Club, Palais des congrès de Montréal celebrated 17 luminaries for their active involvement in bringing 11 international conferences to Montréal. These signature events will generate an estimated $83 million in tourism revenues and attract 30,000 delegates from around the world who will book more than 83,000 nights in Greater Montréal hotels.

These new members of the prestigious Ambassadors Club join a community of influential and dynamic figures from the leading sectors of the Montréal economy. They have taken time out of their busy schedules to actively work to attract international conventions to Montréal, thereby generating significant economic and intellectual benefits for the city and province.

In founding the Ambassadors Club in 1985, Palais des congrès de Montréal positioned itself as a pioneer. Today, destinations around the world have emulated its international market development strategy of drawing on the repute of local influencers. The Club now has close to 340 members.

At the Gala, Professor Rémi Quirion, Chief Scientist of Québec, had the great honour of being decorated Grand Ambassador, the highest distinction awarded to a member of the Club. He received this title for his leading role in promoting scientific culture, providing international exposure for Québec researchers, and galvanizing the research community. Thanks to his work, numerous scientific events have been held in Montréal.

The four recipients of FRQ’s Relève étoile award were announced at the event. Étienne Boulais, Pierre-Alexandre Goyette, Anne-Julie Tessier, and Cyndi Boisjoli were recognized for research excellence. The award was created to promote research careers at Québec universities.

Also at the Gala, IRSST conferred the IRSST/Ambassadors Club joint award on France Labrèche and Marie-Élise Parent for securing the 28th International Symposium on Epidemiology in Occupational Health, to be held in Montréal.

Thanks to Isabelle Racicot, guests had an opportunity to celebrate these business tourism success stories while enjoying culinary masterpieces from Capital Traiteur and seven of the city’s leading hotels: Le Centre Sheraton Montréal, the InterContinental Montréal, Delta Hotels by Marriott Montreal, Fairmont The Queen Elizabeth, the Marriott Château Champlain, Le Westin Montréal, and the DoubleTree by Hilton Montréal. Produced by Palais des congrès, the 2020 Recognition Awards Gala was made possible in part thanks to Freeman Audio Visual and Idées au cube.

For full details, go to congresmtl.com/gala.