Home › News › Montréal and Palais des congrès host one of ... 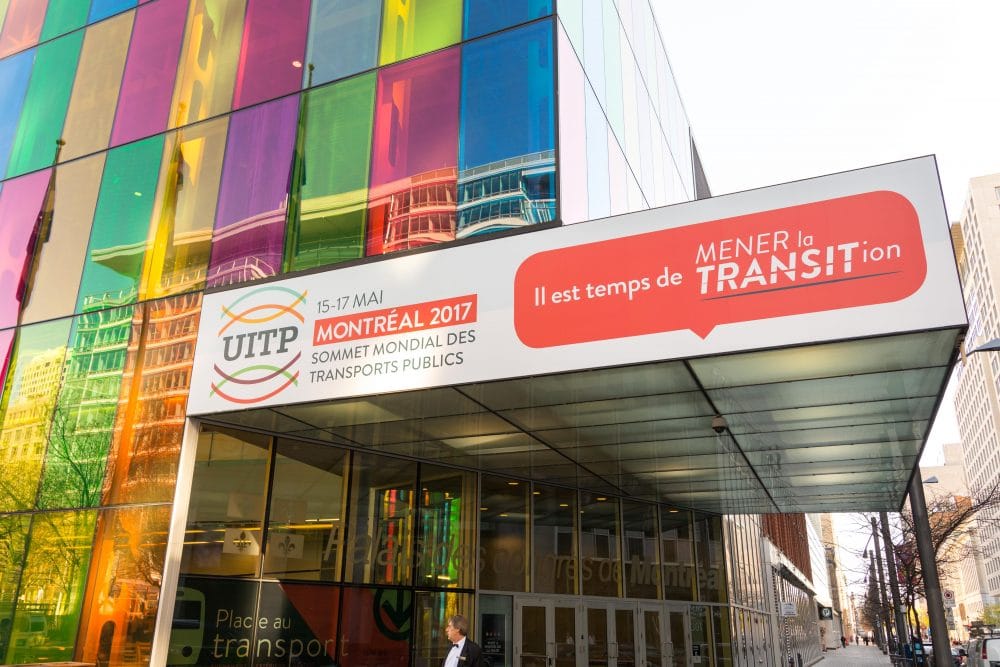 From May 15 to 17, 2017, Montréal will become public-transportation-central as it welcomes the UITP Global Public Transport Summit at the Palais des congrès de Montréal. The event is expected to draw nearly 11,000 participants and visitors to Montréal, and thus generate significant tourism revenues for the city and Québec.

“The Palais des congrès de Montréal holds the highest quality standards certification in the industry, and our team has all the necessary assets to host a major convention with the level of professionalism and creativity Montréal is known for,” declared Raymond Larivée, President and CEO of the Palais des congrès de Montréal. “We’ve had teams working and collaborating together since 2010 to persuade the International Association of Public Transport to pick Montréal as their host city for their 2017 summit,” he added.

Winning the bid was made possible thanks to the concerted efforts of the Agence métropolitaine de transport (AMT), the Société de transport de Montréal (STM), the City of Montréal, Tourisme Montréal and the Palais des congrès de Montréal. To this day, the teams involved are joining forces to prepare for this convention, during which Montréal’s dynamism will be front and centre.

A smooth operation
Thanks to its 15 loading docks, oversized freight elevators, vast multipurpose rooms, and extensive experience hosting large-scale shows, the Palais des congrès de Montréal is the perfect venue for this event. The exhibition component of the Summit will require moving and showcasing transportation equipment like subway cars or other sizeable vehicles, and the Palais’ facilities can handle the complexity such an undertaking commands. Some 300 exhibitors are expected in total.

Public event
To enable the public to also share in this global scale event, the AMT and STM created “Place au transport,” an event for the Greater Montréal population that will run alongside the Summit. This event, which will take place on May 15 and 16 from 11 a.m. to 6:30 p.m., will be an opportunity to discover the past, present and future of active and public transportation in Montréal, through history, art and sensory experiences. Food trucks, live musical performances and other surprises will be in store at Place Jean-Paul-Riopelle, i.e. the city block bordered by Viger west, Saint-Antoine west, Bleury and Jean-Paul-Riopelle. Free admission. For information: placeautransport.org

A year rich in celebrations
“Festive” is the only way to describe 2017, with Montréal marking its 375thanniversary, Canada turning 150, the Montréal metro system and Expo67celebrating 50 years.

Montréal, convention city
Since 2011, Montréal has been hosting more international events than any other city in the Americas, according to the rankings released by the Union of International Associations. Recipient of the highest quality standards certification in the industry and shortlisted for the World’s Best Congress Centre award (AIPC), the Palais des congrès de Montréal enjoys the collaboration of public transportation industry leaders, who in turn can count on the Palais’ experience and support, in order to foster the international reputation of an industry that is continually evolving.