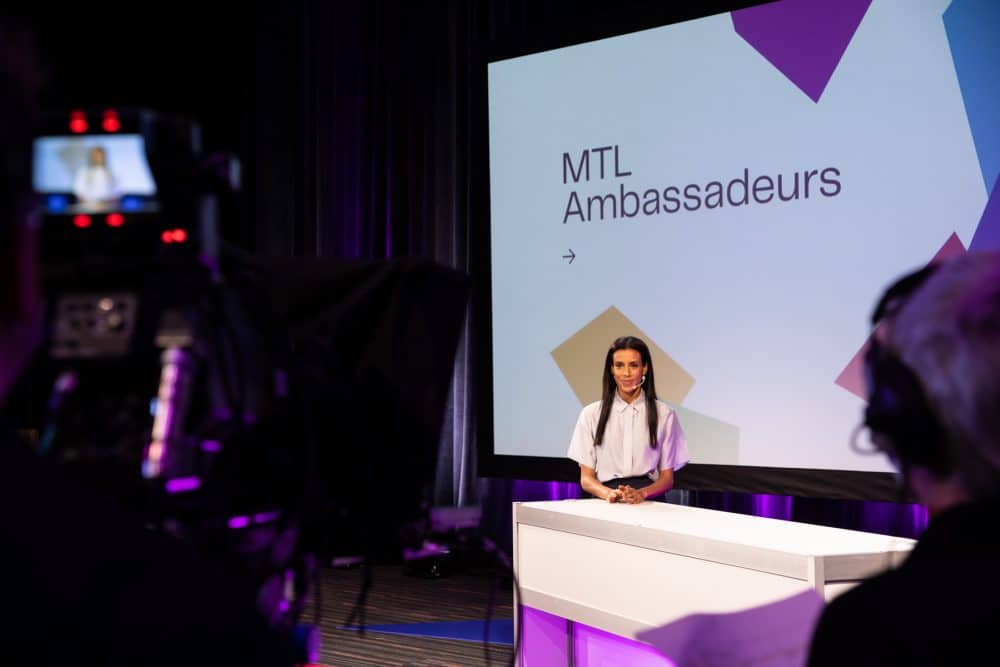 The Palais des congrès de Montréal held its MTL Ambassadors virtual event on May 13, during which six well-known Montréal figures were appointed to the Palais’ prestigious Ambassadors Club for their contribution to bringing an international event to the city. The events the new Club members helped secure will attract nearly 11,000 participants and generate over $28.9 M in tourism spending along with 30,500 hotel room nights.

A reinvigorated adaptation of its classic long-running Recognition Awards Gala, MTL Ambassadors also provided an opportunity to crown Suzanne M. Benoît with the honorary title of Grand Ambassador, and give Laurent Duvernay-Tardif a chance to speak and interact with the public.

The Ambassadors honoured in 2021 are:

Ambassadors essential to the economic recovery

Founded in 1985, the Ambassadors Club is made up of 350 men and women who while tending to their professional obligations, were also actively involved in the process of bidding to host an international conference in Montréal.

During MTL Ambassadors, the Palais des congrès seized the opportunity to remind a wider audience about the decisive role Ambassadors play in attracting an international event. Also, the Palais extended a hand to anyone wishing to engage in hosting a conference by offering them the support of its teams every step of the way.

This type of engagement not only serves to benefit one’s career development and to broaden the reach of their field, but also as an opportunity to tangibly quicken the pace of economic recovery, stimulate the economy and restore Montréal’s trademark effervescence.

In tribute to her involvement in the organization of numerous international events, Suzanne M. Benoît, CEO of Aéro Montréal, was named Grand Ambassador of the Palais des congrès de Montréal.

The title of Grand Ambassador is reserved for individuals whose professional involvement has contributed to promoting the expertise of Montréal and Québec globally. Ms. Benoît is the first woman and the fifth person to receive this honour. Through her unifying leadership and determination, she has been instrumental in expanding the reach of our local aerospace expertise all over the world.

While tailoring the event to COVID-19-related restrictions, the Palais had to rethink its Recognition Awards Gala, which used to be attended by 500 guests who gathered for a gastronomic meal.

With its new 60-minute virtual magazine format, MTL Ambassadors made it possible to hear from various partners of the Palais, as well as members of the Ambassadors Club who spoke about their experience organizing an international event.

This special edition was an opportunity to recognize the work of the new Ambassadors, but also to lift the mystique surrounding the Palais’ business development strategy where local champions, i.e. the Ambassadors, play a crucial role.

During the event, six of the city’s major hotels, frontline players in Montréal’s business tourism ecosystem, raffled off overnight stay packages. They are: Centre Sheraton Montreal, InterContinental Montreal, Delta Hotels by Marriott Montreal, Fairmont The Queen Elizabeth, Montreal Marriott Château Champlain and Westin Montreal. Produced by the Palais des congrès and hosted by Rebecca Makonnen, MTL Ambassadors was especially made possible thanks to the contribution of TKNL, Encore, Capital Traiteur and OASIS immersion.

For event details, go to congresmtl.com/en/mtlambassadors.