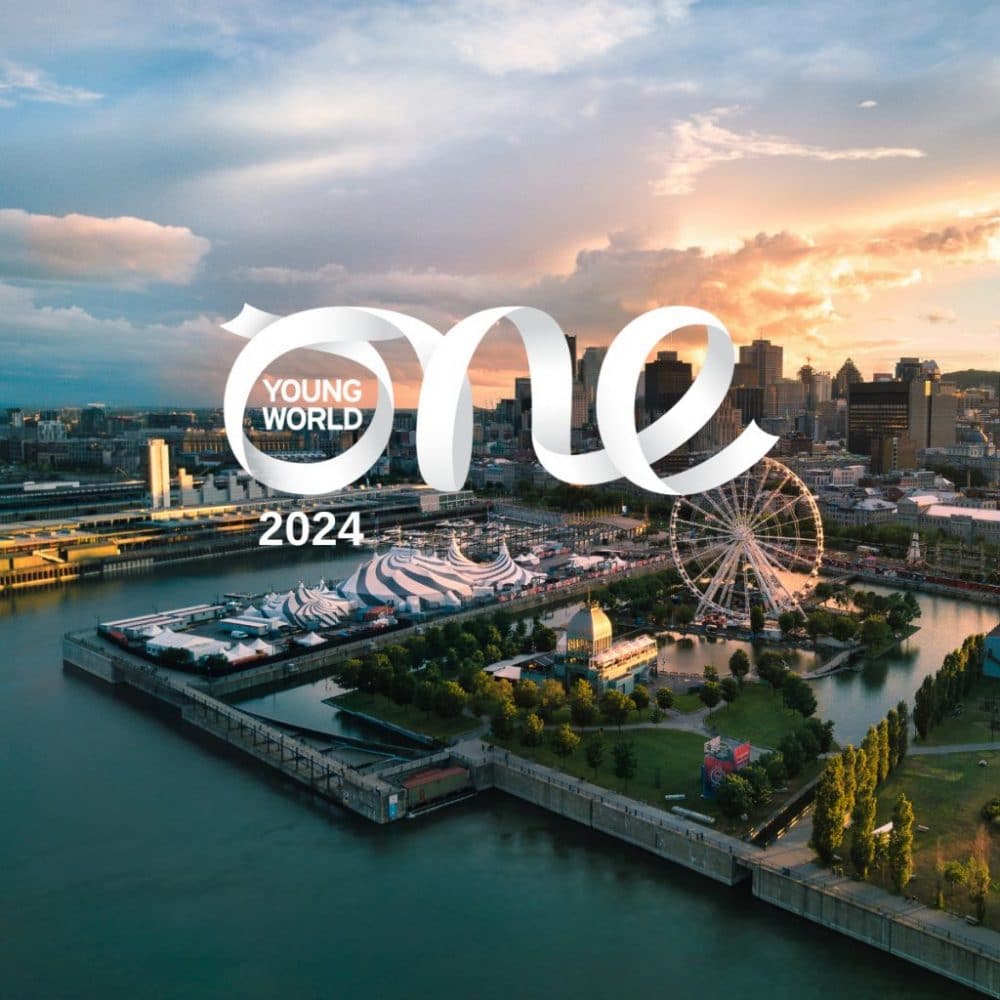 2,500 young leaders coming together at the Palais des congrès de Montréal in 2024

The Palais des congrès de Montréal and Tourisme Montréal are proud to announce the city will be hosting the One Young World Summit in 2024. The international organization confirmed their decision during a virtual press conference today. This is a major event that will draw some 2,500 inspiring young people from all over the world and generate an estimated $4.4 million in tourism revenues along with 7,000 hotel room nights.

This news bodes well for the future of the convention industry, and young leaders converging on Montréal in the month of May will certainly contribute to the city’s trademark effervescence.

The global forum for tomorrow’s leaders

The One Young World Summit is an annual three-day event attended by thousands of promising young delegates from 190+ countries and all walks of professional life. It features a rich roster of inspiring conferences given by influential humanitarian, political and business leaders.

The purpose is to give delegates the means to maximize the social impact of their professional and personal initiatives, while also mentoring them on best sustainability practices. At the end of the Summit, these delegates become One Young World Ambassadors and access a global network that serves to accelerate and optimize their ventures.

Montréal entered the bid to host the One Young World Summit in 2019. At a kickoff meeting, the bid was embraced by a committee of 42 young leaders and youth representatives.

Impressed by the level of cooperation between the various entities of the city’s tourism ecosystem, One Young World shortlisted Montréal, along with San José, Belfast, São Paulo, Kigali, Dubai and Monterrey (Mexico). A charm offensive followed when representatives of the London-based organization visited the city.

The initial plan was to bid for the 2022 or 2023 Summit, but the pandemic pushed everything back one year. Ultimately, Montréal won the bid to host the 2024 One Young World Summit. The reasons for the choice included the standing and opportunities enjoyed by the city’s youth, the city’s reputation for diversity and inclusion, and its sustainability commitments. Belfast won the bid to host the 2023 edition.