In 2022, Montréal bounced back exceptionally well 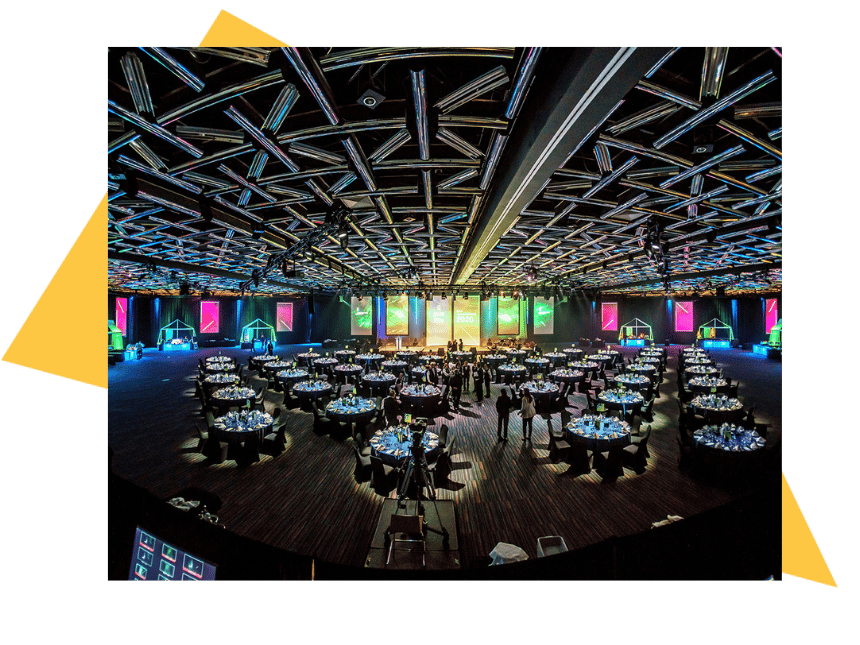 The year that just ended was an exceptional one for the city of Montréal. After two years of being on hold, our metropolis’s business tourism industry made a major recovery with 280 events being held at the Palais des congrès de Montréal, and more than 450 city-wide. On that front, between January 1 and December 31, 2022, the Palais welcomed more than 500,000 visitors and delegates to its spaces. Tourisme Montréal estimates the economic impact of business tourism to have been nearly 270 million dollars for the island of Montréal.

With the presence of major events like the Lions Clubs International’s 104th international convention, AIDS 2022 – the 24th international conference on AIDS, the first North American edition of the International Cybersecurity Forum, and the 15th Conference of the Parties (COP15), the Palais des congrès and Tourisme Montréal teams, and their partners, mounted a strong comeback for the industry. For Tourisme Montréal, this revitalization is no accident: the organization seized every possible business opportunity in order to boost the attractiveness and the resurgence of conventions and events on the island of Montréal.

But beyond the delegate counts and economic spinoffs, the Palais and Tourisme Montréal teams place a great deal of emphasis on the types of events being hosted. The two organizations see it as critical to secure events that will bolster Montréal’s reputation and highlight its niches of excellence, with the aim of creating true added value and advances in discovery in those fields.

In 2022, Palais des congrès de Montréal was, more than ever, at the heart of the action. The events held here were not only gatherings that were eagerly awaited by various international communities, but also occasions for in-depth discussions and tangible advances on local, national and international levels in their respective fields.

For instance, at AIDS 2022 – the 24th international AIDS conference, presided by our Ambassador Dr Jean-Pierre Routy, the government of Canada announced that an envelope of 17.9 million dollars would be given over to the distribution of HIV self-testing kits in at-risk communities, and the improvement of access to screening for the general population.

COP15, for its part, resulted in unprecedented measures to protect biodiversity. On the local level, the City of Montréal announced a plan to protect pollinators, as well as a historic expansion and greening initiative for Mount Royal. The province of Quebec created a Plan Nature, which will allow it to implement biodiversity protection measures, support Indigenous nature conservation projects, and protect endangered species. It all adds up to a historic investment of 650 million dollars over seven years.

Also in the wake of COP15, the government of Canada declared that it would allocate several types of funding support aiming to protect our oceans, and advance scientific research on that front, throughout the country.

Finally, the session closed with 196 countries signing the Kunming-Montréal agreement pledging the protection of 30% of the planet’s land, inland waters and coastal and marine areas by 2030.

2023 has just started, but it is already looking jam-packed on the business tourism front, with nearly 200 events already on the Palais des congrès de Montréal’s agenda. Especially noteworthy are the World Summit AI Americas 2023 focusing on artificial intelligence, the International Summit on Electric and Smart Transportation, and the Congress of the International Council of Nurses and the World Congress of Neurology in the field of health and life sciences, which we succeeded in obtaining thanks to the efforts of our Ambassadors Doctor Guy Rouleau, Professor Sylvie Cossette, Doctor Nancy Feeley and Professor Jacinthe Pépin.

Tourisme Montréal has for its part already confirmed 150 other business and sporting events for the city. These events will generate more than 250,000 overnight stays and approximately 240 million dollars in direct economic impact. April and October will be especially busy; Tourisme Montréal anticipates an influx of 80,000 delegates over the two months.

“2022 marked the reboot that our industry had been so eagerly awaiting. Throughout the year, the Palais des congrès hosted major events that contributed to development and progress in areas that are crucial to Montréal and Quebec. Thanks to the know-how and the agility of its highly committed team, but also to the diligent collaboration of its numerous partners, the Palais has been able to position itself as an ally of choice for the holding of international calibre events. And 2023, which is already looking very busy, will only reaffirm that status!” – Emmanuelle Legault, CEO of the Palais des congrès de Montréal

“After a few difficult years, the return of business tourists to the island of Montréal brings us great satisfaction and pride. Our teams worked hard to maximize the economic and societal impacts of this resurgence. And we are not the only ones who are letting the world know about our city’s attractiveness; in 2022, Montréal was included in the list of best big cities in the world by the travel publication Condé Nast Traveler. Our strategy to make Montréal known as a sustainable destination also gained Montréal a spot on the listing created by the Global Destination Sustainability Index, a world authority in sustainable tourism. Bring on 2023, and its endless possibilities!” – Yves Lalumière, CEO of Tourisme Montréal