Home › News › Fondation Matrimoine is holding its first event at the Palais ... 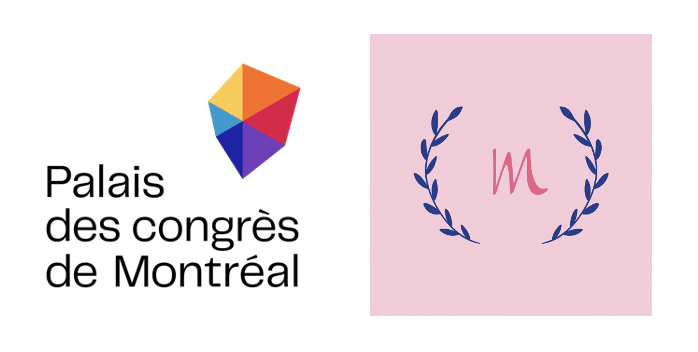 Montréal, October 19, 2021 – Fondation Matrimoine will host its first ever Wikipedia edit-a-thon this October 23. The goal is to give Québec creative women their due place in the online encyclopedia. Several dozen people will meet up at the Palais and virtually to edit and update pages on female Quebec artists.

This event organized by Fondation Matrimoine was born out of a telling statistic that puts the number of Wikipedia biographical pages dedicated to women at just under 20%. What’s more, most of the entries are either incomplete or primarily focused on the artist’s family life. That’s a lot of art being overlooked.

This first Matrimoine edit-a-thon will mainly centre on the lives and works of two photographers and businesswomen: Élise L’Heureux Livernois (1827-1896) and Sally Elizabeth Wood (1857-1928). These two artists left us a rich body of photographic works, a vital and little knownlittle-known record of our collective history, chronicling, among other things, the struggles of married women who aspired toward individual recognition, and of single women who strove for acceptance at reputable artistic institutions.

For its inaugural edition, this edit-a-thon will be held at the Palais des congrès de Montréal, which will make its hybrid studios available to accommodate the biggest possible turnout. The Palais actively promotes the arts in the city through artist residencies, festivals, concerts and exhibitions. An event like the Fondation Matrimoine edit-a-thon is therefore very much in line with the Palais’ efforts to support the artistic community and advocate for the equitable representation of artists.

Women at the helm of the Palais

2021 marks the first year the Palais des congrès is led by two women: CEO Emmanuelle Legault and Board Chair Josée Noiseux. A noteworthy coincidence as it underlines the central role women play in society, and also speaks to how important inclusion and diversity are at the Palais.

Fondation Matrimoine plans to organize two edit-a-thons a year, so they become staple events – one in October for Women’s History Month in Canada, and one in March for International Women’s Day. Their regular recurrence will give women a proper voice by ensuring the Wikipedia articles about them are current and relevant.

“It is paramount that we take concrete steps toward social progress and sustainability. This initiative enables us to duly acknowledge women and their heritage in the online world. It represents an essential milestone in efforts to move the yardsticks. I am proud of the roles women are assuming today; self-assured, they are taking their rightful place in society.” Emmanuelle Legault, CEO, Palais des congrès de Montréal

“Although a novel word on the surface, ‘matrimoine’ reflects both the evolution and chronicling of women’s roles in western society. Its resurgence points to the increasingly assertive, confident, welcome and inspiring presence of creative women in the public sphere. Taking part in efforts to recognize the cultural heritage engendered by women by abetting its discoverability in the online world, is contributing to how we relate to History.”  Luce Vallières, Founding President, Fondation Matrimoine

Founded in October 2021, Fondation Matrimoine is tasked with helping sustain the recognition of women, creatives in particular, and their heritage through various actions: Wikipedia edit-a-thons, book clubs, concerted initiatives aimed at greater acknowledgement of women on place names, and advocating for parity in museum collections.

About the Palais des congrès

The recipient of the highest quality standards certification in the industry, the Palais is regularly praised for its excellent customer satisfaction rating within the international convention industry. The Palais hosts several hundred events each year. It generates significant economic and cultural benefits for the tourism, business and research sectors. An absolute trailblazer, the Palais operates its own events lab, CITÉ, where it works hand-in-hand with companies that are among the most innovative in the industry on redefining how conferences are held. A leader in sustainability and impact practices and solutions, the Palais is among the first convention centres in the world to operate a carbon neutral building. Widely known as a proud supporter of emerging talent, the arts and communities, the Palais is home to a dynamic environment that is resolutely forward-looking. Visit congresmtl.com.