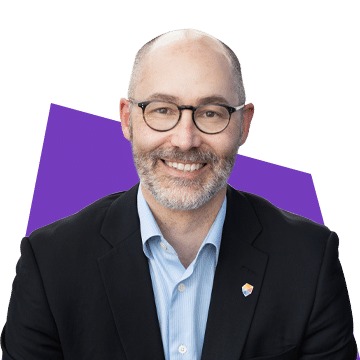 Since 2018, Christian Ruel has been playing a key role at the Palais, in charge of finance, procurement, IT, human resources and labour relations. He also works closely with the Building Management’s leadership. A member of the executive management team, he assists the office of the CEO in its dealings with governance bodies as well as the government of Québec.

Before joining the Palais, Christian was Director of Finance and Administration for the Société de la Place des Arts de Montréal, where he helped foster the organization’s financial successes as well as an open organizational culture that encouraged employee engagement. He also helped the organization go digital, primarily by equipping it with versatile computer tools tailored to today’s needs. Before that, Christian worked in the audiovisual field for several years, mostly at the National Film Board of Canada, where he held a variety of management positions in distribution, IT and finance. He was actively involved in the process of digitizing the NFB’s catalog, an undertaking that made thousands of Canadian documentary film and animation classics available online. He also worked at Telefilm Canada, in international co-productions.

Christian holds an MBA from Université du Québec à Montréal, in addition to a master’s degree in History from the University of Calgary along with a bachelor’s degree in the same field from Université Laval. He also has two DESS specialized graduate diplomas, one in Accounting, the other in Management of Cultural Enterprises. He has been a member of the Québec CPA Order since 2012.